Antiquity (from Latin antiquitas "antiquity")— a term denoting a time period (epoch) in ancient times associated with the Greco-Roman civilization. This term was adopted in the early 18th century in French and denoted a special kind of art. The emergence of many studies in the field of art history led to a narrowing of the concept to the framework of Greco-Roman antiquity. In pre-revolutionary usage in Russia, the term "classical antiquity"was used.

Antiquity was divided into main periods:

The collapse of the Western Roman Empire marked the beginning of a new era — the Middle Ages. 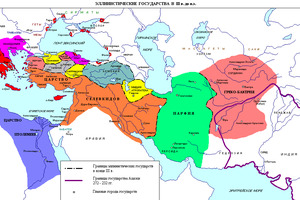 Europe in the 3rd century BC 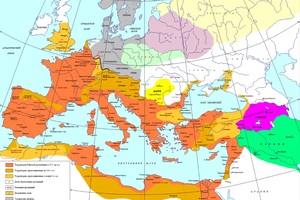 Europe in the 1st century AD 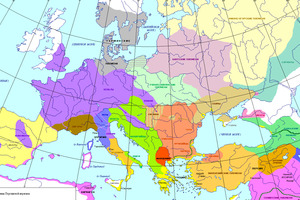 Europe in the 5th century BC

The time periods may vary somewhat in the geopolitical context. So, the flourishing of civilization in Ancient Greece was marked earlier than in the Roman Empire. In addition, ancient civilization in the Eastern Roman Empire began earlier and died out later than in the western part, where its way of life was destroyed by the invading Germans. Nevertheless, the ancient cultural heritage (mainly in late Antique form) is quite well preserved in the everyday life, culture, language and traditions of most modern Romanesque peoples, and from them it was transmitted to other peoples of the Mediterranean (South Slavs, Arabs, Turks, Berbers, Jews). It should also be noted that many elements of classical antiquity (traditions, laws, customs, etc.) were well preserved in the Asia Minor core of the Eastern Roman (Byzantine) Empire until the 11th century, before the arrival of the Seljuk Turks.

The main states and peoples of Europe that influenced the era of antiquity: