The Celts, who lived in cool, humid climates, actively used cloaks to protect themselves from rain and cold. The raincoats found by archaeologists are either rectangular sheets of woolen fabric, sometimes decorated with fringes, or an upper cape-hood.

Similar items of clothing were also used by other peoples, see for example Roman sagum and penulu.

To put on such a raincoat, they retreated about 40-50 cm from the edge of the short side, bent the fabric and chipped the ends of the fold line on the right shoulder with a fibula. The resulting small lapel could be used as a hood.

In modern museum reconstructions, you can often see the braid or fringe sewn on the exhibit. It should be noted that on archaeological finds of raincoats, both fringe and braid were part of the raincoat fabric. Probably before the start of weaving, the threads were twisted to form a reinforced edge, or the edge was woven on planks, the number of which could easily reach hundreds.

Consider, for example, the cloak found in Thorsberg. This is a simple rectangle of wool measuring 168 cm by 236 cm. The edge of it was spun on planks, instead of weft thread using the threads of the base of the cloak, and then the cloth was woven on a loom. As a result, the braid was combined with a raincoat. A similar cloak was found in Vehnemoor.

Thus, for reconstruction, it is not advisable to sew the finished braid on the edge of the raincoat. But for decoration, you can dissolve the fabric at the bottom and make a fringe. 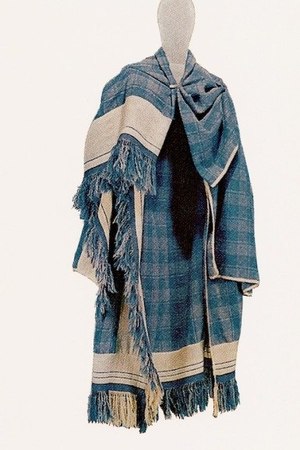 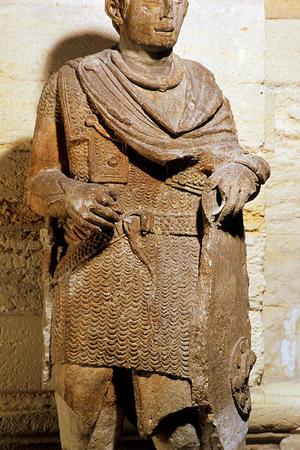 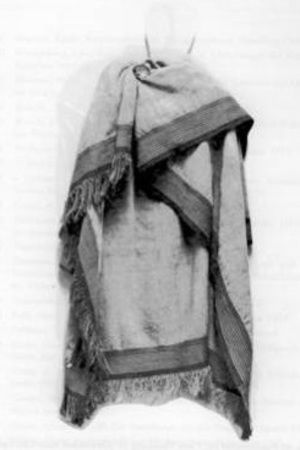 So the ancient Germans called a cloak with a hood. Archaeological finds (figurines, bas-reliefs, as well as clothing items themselves) tell us that the cuculus could be long and resemble a cloak with a pointed hood, or it could be a separate cape, an elongated hood decorated with fringes and worn over a dress. 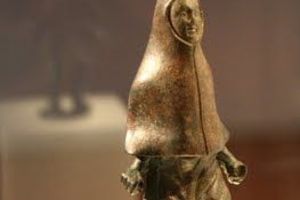 Bronze figurine of a man from the tribe of Treveri (Latin: Treveri), who wore a cuculus. It is located in the Archaeological Museum in Trier, Germany. 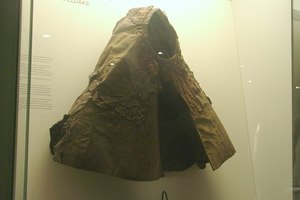 The cape from Vendsyssel, Iron Age, is currently in the Danish Archaeological Museum. 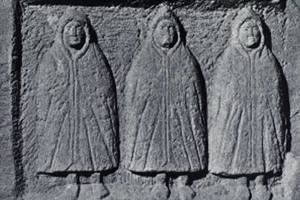 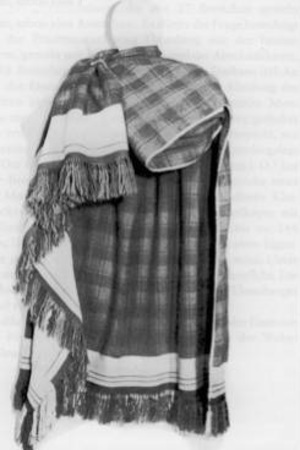 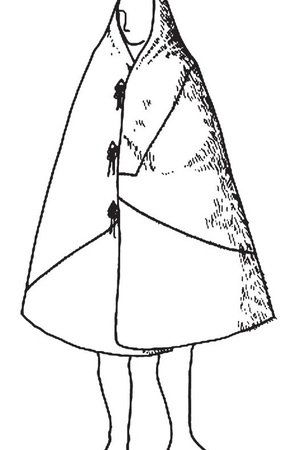