Cohors IX Batavorum-auxiliary division of auxiliaries in ancient Rome, which was recruited from the Batavian tribes.

Since 12 AD, the territory of the Batavians was conquered by the Romans, and in addition to the revolt of 69-70, the Batavians established themselves before Rome as brave and reliable soldiers as part of the auxiliaries.

Roman emperors even included the Batavians, for their superior military and cavalry skills, in the Equites singulares, the personal mounted bodyguards of the emperor or provincial governor. This troop consisted of 1,000 horsemen. Their camp was located in Rome on the Caelian Hill (south-eastern part of Rome). They were abolished, like the Praetorians, in 312 AD by decree of Constantine the Great.

The historian Tacitus also wrote about the Batavians: "The Batavians, before their migration across the Rhine, were part of the Hutt people; because of internal strife, they moved to the most remote part of the Gallic coast, where at that time there were no settled inhabitants, and also occupied an island located nearby, washed in front by the Ocean, and behind and on the side by the Rhine. Neither the wealth, nor the power of Rome, nor the alliance with other tribes has shortened them, and they still supply the empire only with fighters and weapons." 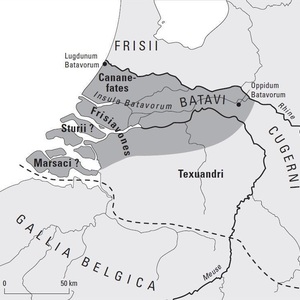 Under the treaty with Rome, the Batavians did not pay the usual tax, but instead had to send their soldiers to participate in Roman military campaigns at the request of the Roman command.

The Romans valued the Batavians. The Batavians were commanded by their local chieftains and aristocrats, unlike the rest of the cohorts and al (cavalry unit) auxiliaries, where the officers were from among the Romans.

The functions of the Batavians in the Roman army were as follows: intelligence (they were excellent horsemen, they were able to swim with their horses to cross, even through deep rivers); messengers; during the battle, they started battles, pinning down the enemy and holding him, depriving him of maneuverability until the main forces of the legions arrived, which entered the battle completed the defeat of the enemy; pursuit of the retreating enemy; fighting the enemy cavalry (as they were armed with a spear); protecting the rear and flanks of the legions. 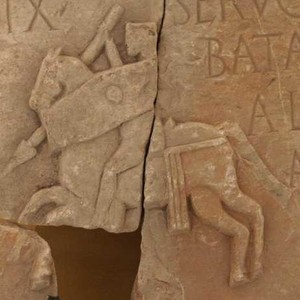 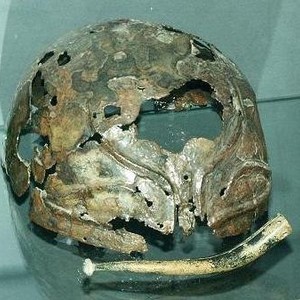 Helmet discovered at the site of the Batavian sanctuary of Hercules-Maguzan in Kessel-Lit. Second half of the 1st century AD 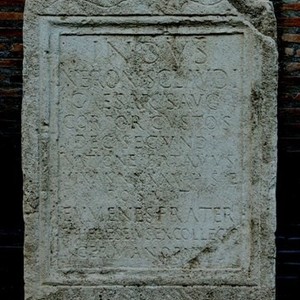 11. Nicolay J. Armed Batavians: Use and Significance of Weaponry and Horse Gear from Non-military Contexts in the Rhine Delta (50 BC to AD 450). Amsterdam: Amsterdam University Press, 2007, 424 p.