Crown (from Lat. corona — "wreath, crown" — - a headdress that is a symbol of power, victory, success and glory in the ancient world.

There were at least six types of crowns: 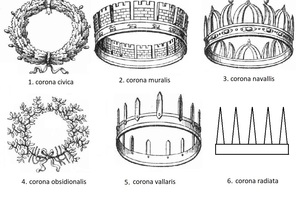 The most popular was the crown of civica (Latin: corona civica — - a laurel wreath. This ancient symbol of glory, victory or peace was often used as a reward decoration among outstanding soldiers, generals or statesmen.

The ancient Greek myth of Daphne and Apollo tells us how the laurel became one of the sacred symbols of Apollo. This gives grounds to draw an analogy between the symbolism of the laurel and the areas of patronage of this god-the Sun (perhaps this is why the symbol is depicted simultaneously with the symbol of Sol), art, and predicting the future. At the Olympic Games, the laurel wreath was awarded to the winner, and it was also awarded to the" favorites of Apollo " — poets. Also, the connection between Apollo and laurel explains the attribution of prophetic properties to laurel - it was believed that a literate priest, using it, could find out the future. There was a belief that the laurel saves from a lightning strike. Laurel, being an evergreen plant, was also a symbol of immortality. In the military field, it was a symbol of victory, the war itself, and, of course, glory, which is why it was used during the triumph.

The laurel is symbolically firmly established in modern culture. For example, the word "laureatus" means "crowned with a laurel". 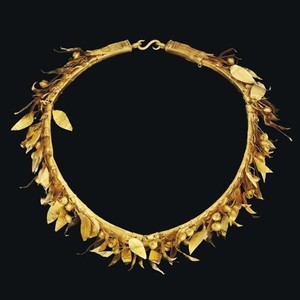 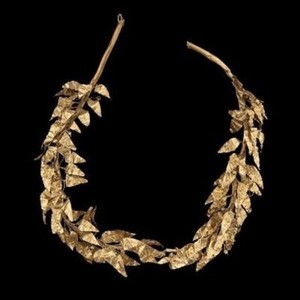 Laurel branches are often used as a symbolic image on pugios, gladiuses, helmets and other equipment of the Roman army and gladiators. There are variations with an eagle holding a wreath in its beak. Sometimes several wreaths were depicted on one object at the same time. Also, on bas-reliefs, the image of a wreath was sometimes knocked out separately, without the owner.

The military and Roman nobility often decorated themselves with wreaths: centurions, legates, senators, emperors, athletes, aristocrats and many others. They were worn at parades, triumphs, official receptions, especially often it was used to show a brilliant victory in battle.

Both wreaths made of real laurel branches and those cast in gold were used. 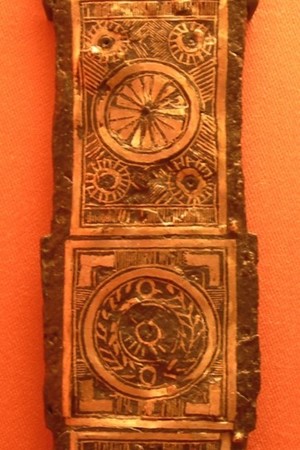 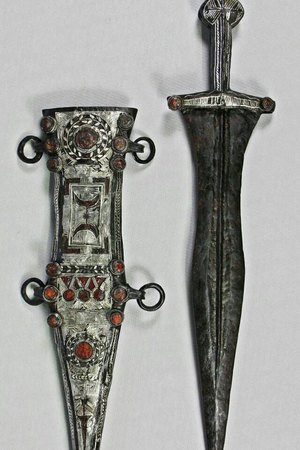 Pugio. There is a decoration in the form of a wreath. Found in the Roman burial ground of Haltern am See. 1st century AD 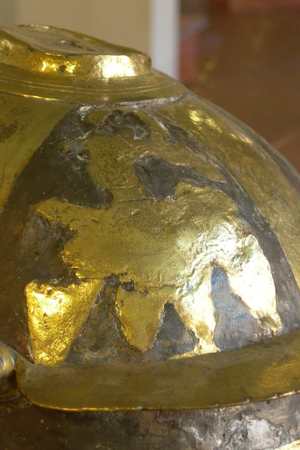 Helmet type Imperial Italic D. On the frontal part there are two eagles holding wreaths. Found at the bottom of the Rhine, Mainz (Germany). City Museum of Worms. 4th quarter of the 1st century AD

Among the Roman military, the wreath was common as a detail of the ceremonial uniform of centurions. There are several bas-reliefs depicting centurions wearing wreaths. Sometimes there is a medallion in the center, and behind the laurel branches are tied with a ribbon. 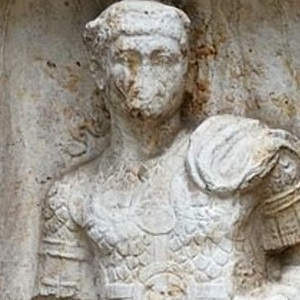 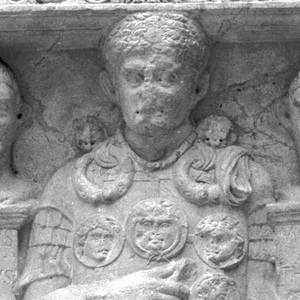 Tombstone to the centurion in a wreath. It is kept in the Rheinisches Landesmuseum in Bonn. 1st century AD

Emperors, as well as other high political and military officials, were often depicted wearing wreaths. Unlike the centurion's wreaths, the imperial wreaths were depicted much more detailed, magnificent and pompous. 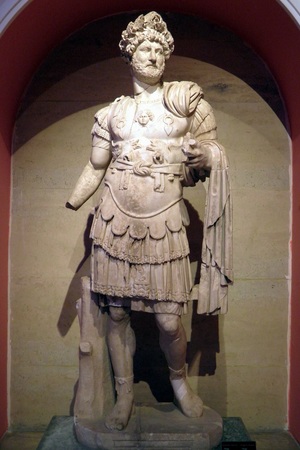 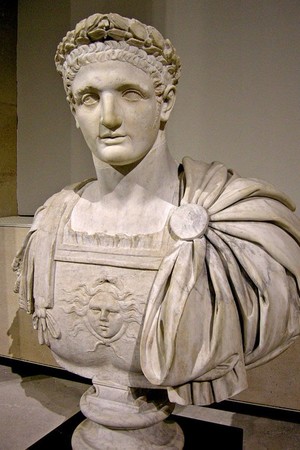 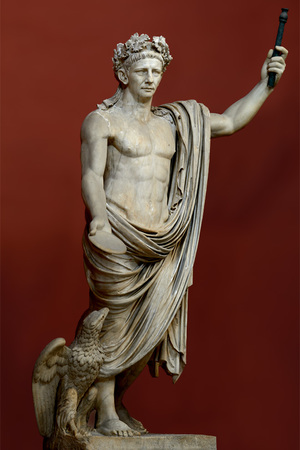 For reconstruction, it is recommended to make a wreath of chased leaves attached to a metal hoop. As a material, you can take brass to save money, since a golden wreath is too expensive. Gilding is welcome for added pathos. Also authentic is the live laurel version. The most organic will look like a laurel wreath on a high military rank. 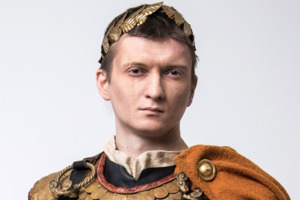 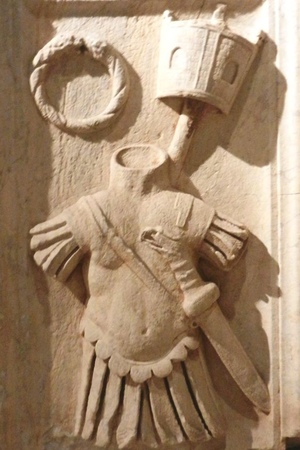 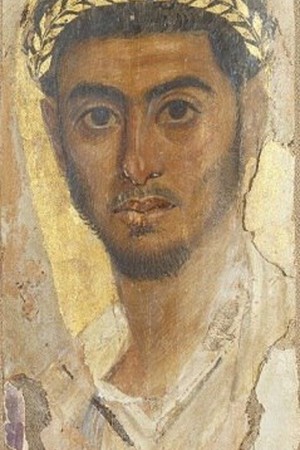 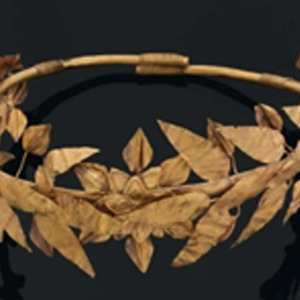 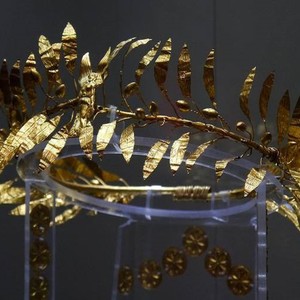 A golden wreath. Found in Bulgaria. 4th century BC 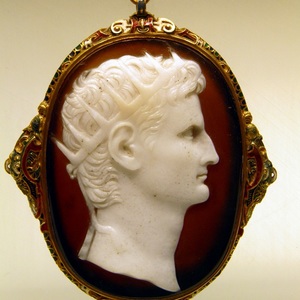