The Emperors of Rome

The first emperor (in the modern sense) of Rome was Octavian Augustus: after defeating Mark Antony and returning from Egypt, he staged a triumph and on January 13, 27 BC. e. resigned his extraordinary powers before the Senate and announced the restoration of the Republic, but retained command of 75 legions and the title of emperor as a permanent praenomen. 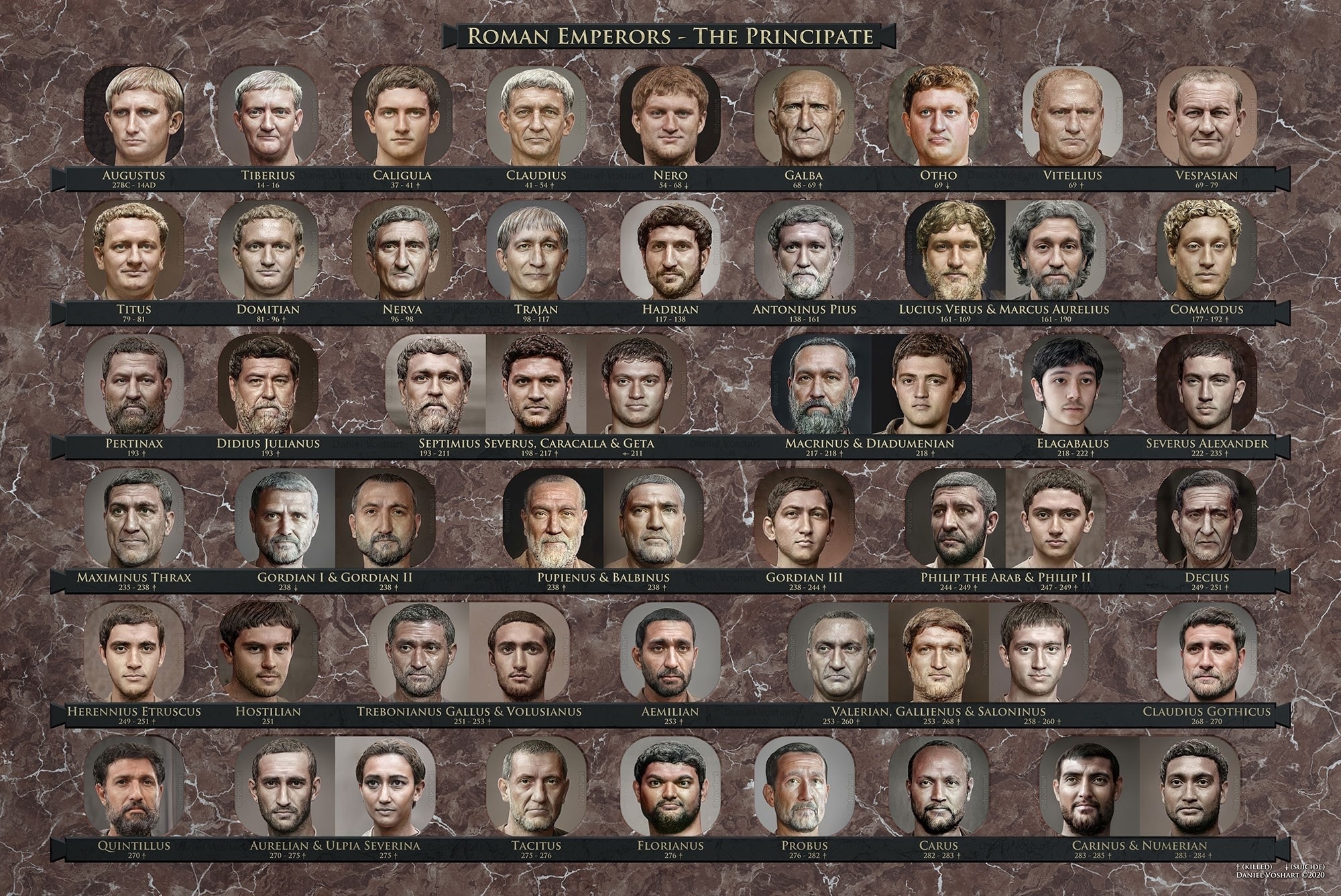 This was followed by the crisis of the third century, as a result of which the Empire began to collapse. The most important post-crisis Emperors in Roman history are: