Legio I Parthica The First Parthian Legion was a Roman imperial legion formed by Emperor Lucius Septimius Severus for the Parthian campaign. 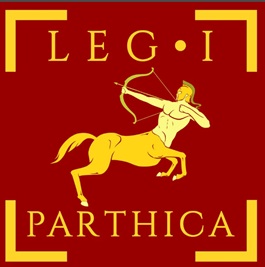 Bronze coin from Singara with a portrait of Gordianus III and his wife Tranquillina. The reverse features a centaur, symbol of the First Parthian Legion.

3. The Kanya River. A brief history of the various legions.

4. Dando-Collins. "The Legions of Rome. The complete history of all the legions of the Roman Empire. "M. Izd." Tsentrpoligraf”. 2017