The Legio I Macriana Liberatrix (First Legion Liberator of Macrae) was a Roman legion formed by Lucius Clodius Macrae in North Africa in 68 AD to rebel against the Emperor Nero. 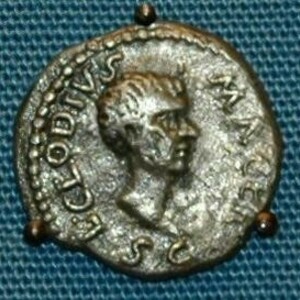 Coin in honor of the Legion with a portrait of Lucius Clodius Macer. Minted date 68, London. The British Museum