Tubutsen (Latin tubicen) - a legion trumpeter who played the tuba.

Tuba (Latin tuba) — a musical wind instrument made of copper or bronze, which is a straight pipe with a small bell at the end. It had a removable mouthpiece in the shape of a cup. Unlike bucina and korna, the tuba had a higher pitched sound and was more effective at giving sound commands during combat. 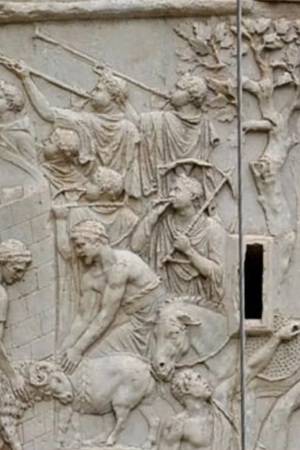 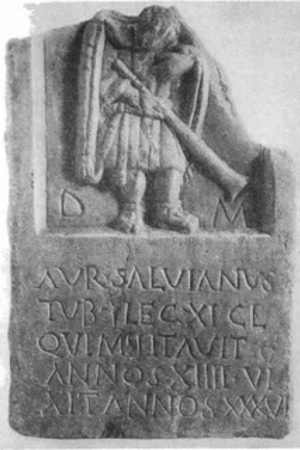 Tubutzen most likely performed the same functions as other legion trumpeters — bucinator and kornitsen. In the camp, they signaled the changing of the guard, the arrival of a legate, military commander or emperor, and also called the attention of legionaries to the announcement of various decrees and death sentences. On the march, the tubutzen usually gave general signals: "to march", "to fight", "to drop anchor", etc. Tubucenes belonged to junior officers-principals.

The tuba was played not only by the military: many images have been preserved where this musical instrument is played in a peaceful environment, for example, at gladiatorial games.

The external distinguishing feature of the Roman military musicians, who were part of the legion's banner group, was an animal skin draped over a helmet and tied with its front paws on the chest. The armament consisted of a gladius and a pugio. Tubutsen's armor was usually a hamata or squamata lorica , and they also carried a small round parma shield on the side of their belt . 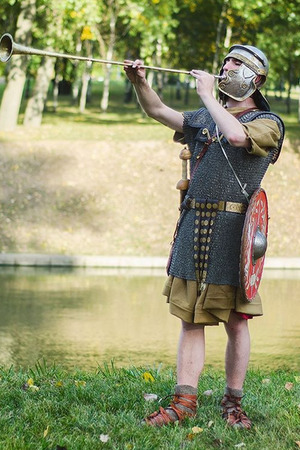 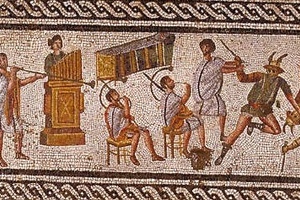 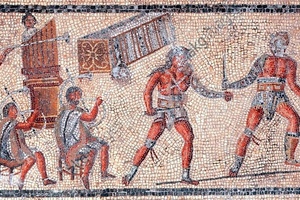