This section is devoted to useful literary materials related to the"Gladiators" direction .

The main reenactment images of the direction are gladiators of various types:

Etc. For more information about collecting kits, see the article about gladiators.

A comprehensive study of such a phenomenon of ancient Roman civilization as gladiator games. Based on a wide range of written, epigraphic and archaeological sources, the author examines the origin of gladiatorial games and related structures, their professional organization, training and arming of gladiators, as well as the participation of gladiators in the military and political events of the first century BC-IV century AD, in particular the Spartacus revolt. Graphic materials related to gladiatorial games held in the Bosporan Kingdom and their specifics in comparison with traditional forms of such shows in the Roman Empire are considered and analyzed in detail.

Ave, Caesar, morituri te salutant-Hail, Caesar, those who go to their deaths greet you-this is how gladiators greeted the Roman emperor when they went to the arena. For eight centuries, until the fourth century AD, gladiatorial games were the favorite bloody entertainment of the Romans. The glory of these fighters was akin to that of the current Olympians. The history of the appearance and development of gladiatorial fights, animal baiting and executions by animals, funny sea battles (navmachii). Description of the organization and preparation of lists, the types and weapons of gladiators, their...

The Great Roman Empire. The slave markets are overflowing with slaves, and the toughest ones are sent to gladiator schools. The afternoon sun illuminates the arena of the amphitheater, where Spartacus and other gladiators fight. They are not fighting formidable legions or barbarian hordes. They kill each other for the public's pleasure. Blood and sand mix into a single mass of suffering and death.

Bread and circuses were what the Romans demanded of their emperors, and for more than 500 years, spectacular events in amphitheatres, circuses, and theaters were the most important leisure activities of the masses in all parts of the Roman Empire. In Rome itself, public holidays with great and expensive shows took more than half a year. Comedies and tragedies, pantomimes and obscene folk plays were staged in theaters, and in the arena of the Colosseum, opened in a. d. In the 80s, gladiators fought in pairs or with wild animals to satisfy the bloodthirstiness of the crowd, and hundreds of thousands of riders gathered in the Grand Circus stands to enjoy the thrilling chariot races. The organization of the games became an integral part of pre-election campaigning in cities and towns and was increasingly used as a means to consolidate the power of the reigning emperor. Like the sports stars of today, the top gladiators, charioteers, and actors were folk heroes, and the power of their universal appeal was recognized and exploited by politicians and emperors alike.

The ancient Roman historian Dio Cassius tells about the events that women performed in Roman arenas, in his book "Roman History". While Priscus and Verus were given their freedom after fighting in the arena, Missio was awarded the Amazon and Achilles, and they were allowed to return to gladiator school to fight on another day. It is debatable that the owner of the grave on Great Dover Street, proposed by scientists at the London Museum, is a female gladiator. Some researchers also believe that this woman may only be a fan of the gladiator game. Others claim that he was a disciple of a popular Egyptian cult worshipped by Anubis ' companion Isis. So, was the Great Dover Street woman a gladiator? Unfortunately, the real answer to this question is unknown. What is known for certain is that women fought in the ancient Roman arena, probably died, and were part of one of the most permanent images of the ancient world: the GLADIATOR. 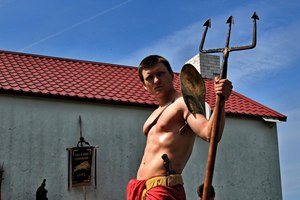 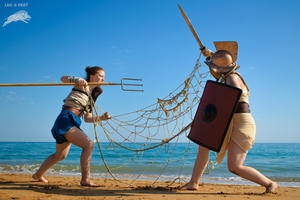 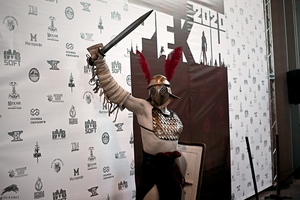