Equit (Latin: eques) — an ancient Roman type of gladiator who fought on horseback, armed with a gasta, sword and parma. Literally translated, it means "horseman".

The same name was given to horsemen in the ancient Roman army.

The main distinguishing feature of Equites is that unlike most other gladiators who fight bare-chested, Equites wore tunics over which the classic gladiator balteus was worn. The main protective elements they had were a helmet, which is a hybrid of the provocateur and Murmillon helmet (there was no crest, only feathers on the sides were decorated) and a cavalry parma with a diameter of about 60 cm. The helmet had a wide brim, the face, like other gladiators, was completely covered.

Equites usually opened gladiatorial fights: they fought in the morning, immediately after the solemn pomp, preceding the baiting of animals, the execution of criminals and the fights of gladiators on foot. In battle, Equites usually threw a spear first, then dismounted and continued the battle on foot. They fought, as a rule, among themselves. 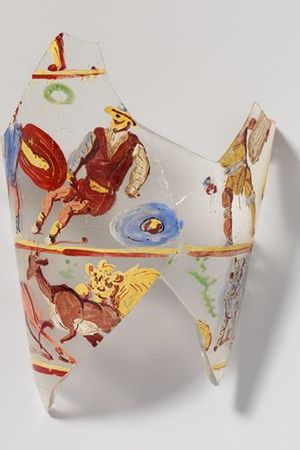 Equit of the one depicted on the glass vase. 2nd century AD 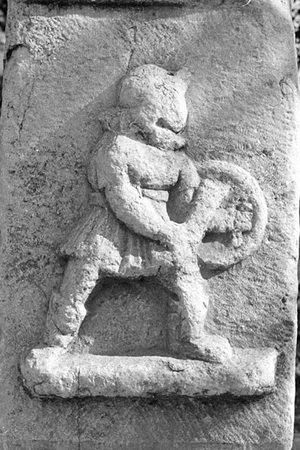 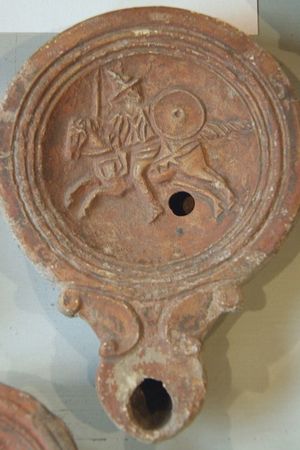 Oil lamp with equit on the horse. 1-2 century AD

When reconstructing a battle for a non-sandy surface, it is recommended to use authentic shoes, such as kaligs. 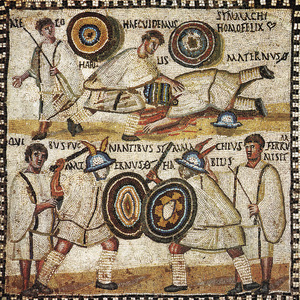 Mosaic with a duel of equites. 3rd century AD 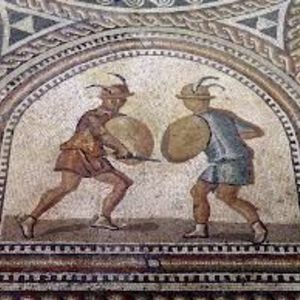 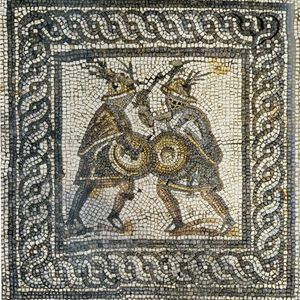 Mosaic with a duel of equites. 2-3 century AD