Scissor (Latin: scissor) or arbelas (Latin: arbelas) — an ancient Roman gladiator armed with a gladius and a special wrist knife in the shape of a crescent moon. The name of the gladiator comes from the word scindo ("I cut", "I shred").

Another name (arbelas) is mentioned by the ancient Greek writer Artemidorus of Daldiansk in the treatise " Oneirokritika "("Snotlumach"). Here he is described as one of the types of gladiators that a person can dream of to show the prospects of marriage (the appearance of arbelas in a dream, like Diemacher, portends a bad wife). Perhaps this name comes from the ancient Greek wordρρβηλος, meaning a shoemaker's knife in the shape of a crescent, similar to the Eskimo ulu, which scissor (arbelas) held in his left hand instead of a shield. With this weapon, the gladiator inflicted shallow, but extremely bleeding wounds on the enemy. Scissor was also armed with a gladius or pugio, which he held in his right hand. Scissor's protective equipment consisted of a closed helmet, a hamata lorica or plate armor, a manica, and short greaves. Scissor, like Diemacher, was not armed with a shield.

It is believed that in the arena, scissors most often fought against retiarii. That is why, apparently, the helmet of scissor was similar to the helmet of secutor — streamlined shape and with small holes for the eyes. 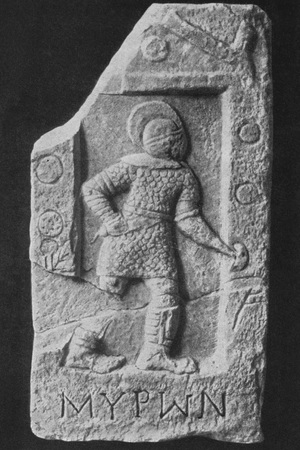 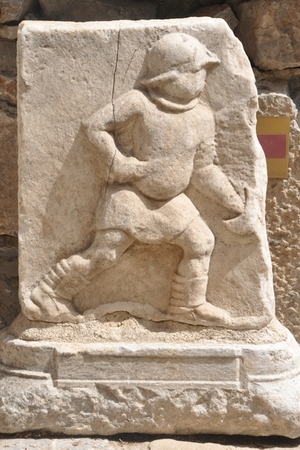 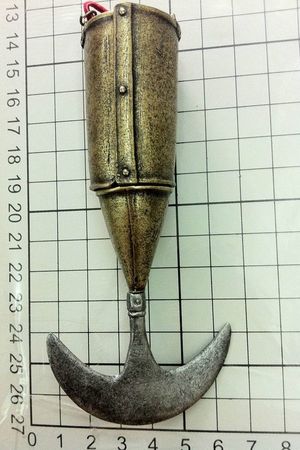 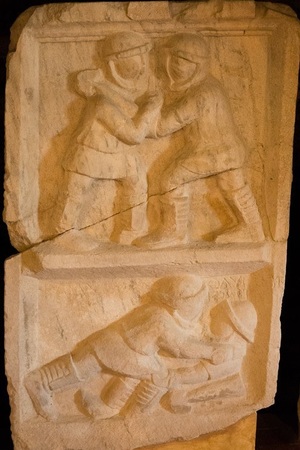