By the end of the III - beginning of the IV century CE the military machine of the Roman state underwent drastic changes, including archers. There were many of them in the Roman army of the principate era too, but in that days archers were provincials without Roman citizenship and served in auxiliary cohorts (auxiliaries). Roman citizens preferred to serve in the legions, which lacked archers of their own. However, at the beginning of the III century the Emperor Caracalla extended the rights of Roman citizenship to all free inhabitants of the imperium, destroying the main difference between legions and auxiliary cohorts, because now only Roman citizens served both in legions and auxiliaries. Then the increased threat from the Sassanid Persians on the eastern borders of the state, traditionally famous for quality and quantity of their shooters, on foot and on horseback, led to significant increase of archers' number in the Roman army, especially in the east, both as part of auxiliary cohorts of sagittarii (where citizens of any Roman provinces, not only eastern ones, now served) and legions, now having their own archers. According to Vegetius, the archers stood in the fourth or fifth rank of the Roman heavy infantry formation and fired from the canopy.

The name "sagittarius" comes from the Latin word "sagitta" - arrow. There is not much written evidence about sagittarii, and there is no clear description of their equipment, apart from the bow, which was their main weapon. At the same time it is not specified exactly what from and how these bows were manufactured, and whether they differed in design depending on whether they were used as army weapons or hunting equipment. Of the archaeological finds one can name the bows from Dura Europos and the Qustul. That, as well as the preserved images of bows, allow us to conclude that the Roman army bow belonged to the type of compound recursive bows of the Eastern subtype. Unlike the era of the principate the Dominate era bows were mass-produced in imperial factories, mentioned in the Notitia Dignitatum - a document of the late IV - early V century CE, listing units of the Roman army and imperial factories that produced equipment for army needs.

The few surviving images of archers of the Dominate era allow to conclude that their protective equipment was no different from that of the hastati: helmet, chainmail or scale armor. The shield, greaves and manica were not used. A helmet with body armor may also be absent. A standard army spatha could be used as an self-defence weapon, as shown by archaeological evidence of spathas in archers' graves. The quiver, according to the images, had a cylindrical shape and, according to some versions, was used exclusively for transporting arrows. It is assumed that in battle the arrows could be removed from the transport quiver and placed in a leather bag on the archer's belt or stuck into the ground in front of him. However, there are archaeological finds of quivers of the Dominate era, which could hung on a belt and used in battle, for example, a wooden quiver from Nidam or the leather quiver from Qustul settlement.

The equipment of the Dominate-era sagittarius could consist of the following elements::

The sagittarius' set may not consist of all the items of equipment listed above. The minimal set of weapons may include only bow, quiver and arrows.

The best reason to reenact sagittarius is, of course, the interest in archery. The minimum clothing set is the same as that of the dominate-era hastatus - a woolen tunic of a red colour, a cingulum and shoes. After that, you should attend to the main weapon of any sagittarius - a short compound bow. It makes sense to have two sets of arrows - for training in the archery range and a soft-tipped set for the field games. After the bow you need to purchase other personal equipment: a quiver and, when using a ring, a bow ring. Only after that it is worth to take care of such things as a helmet, armor, and a sword. It should also be noted that the main point of archer reenactment is the archery, and is recommended primarily to those who enjoy shooting or the archery aesthetics itself. We recommend reading the article on archery techniques. 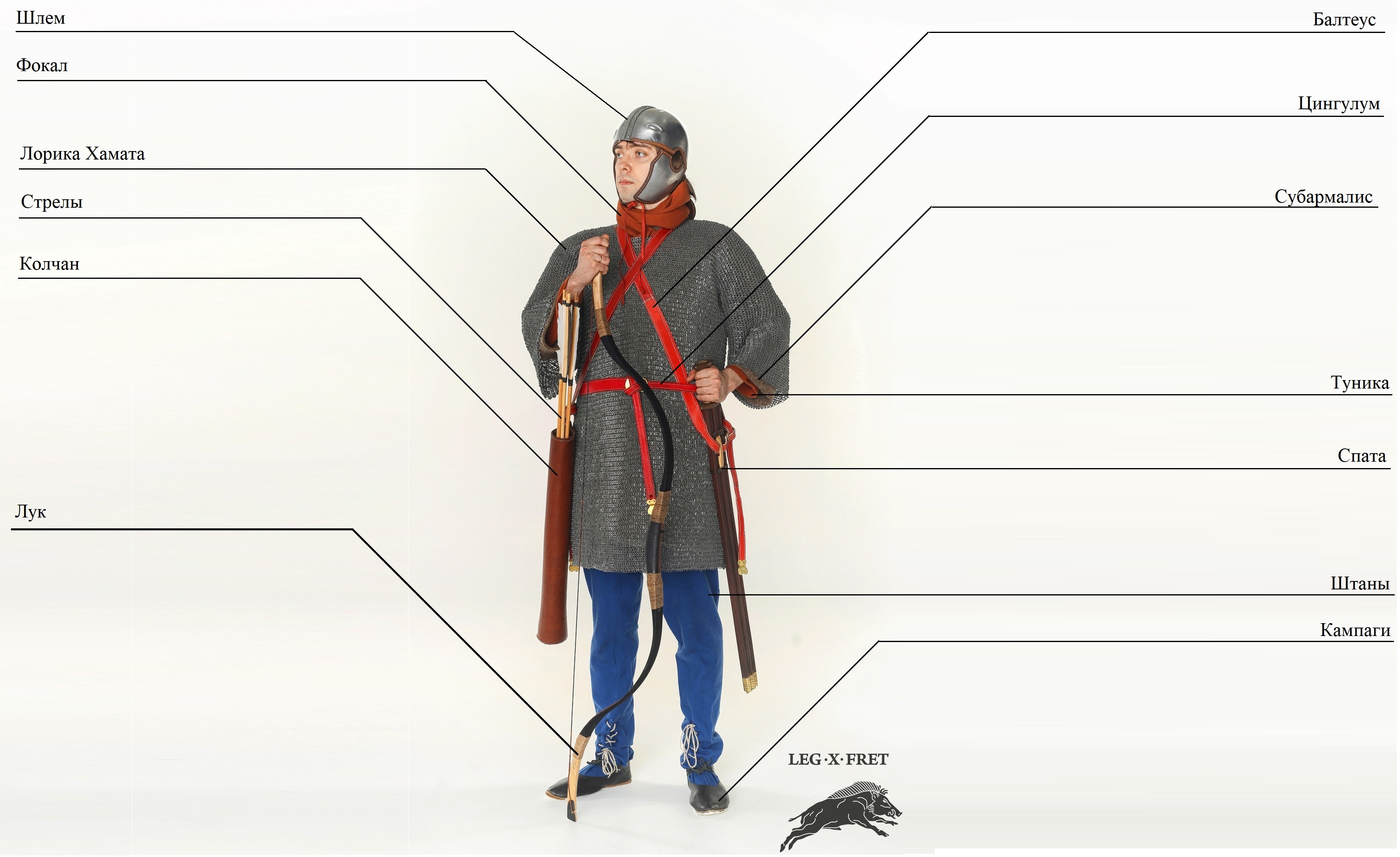 6) Excavations between Abu Simbel and the Sudan frontier. Thomas A. Holland 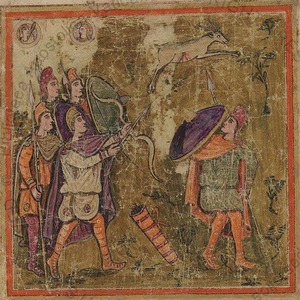 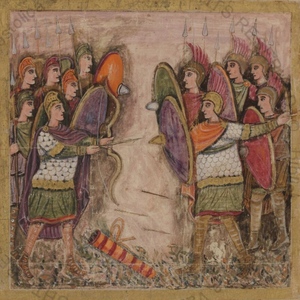 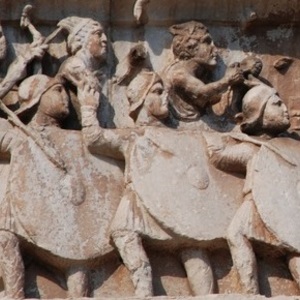 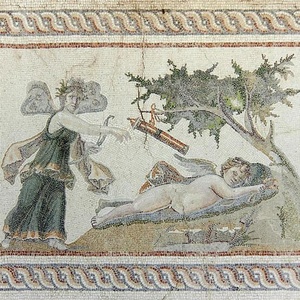 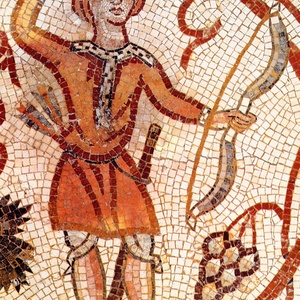 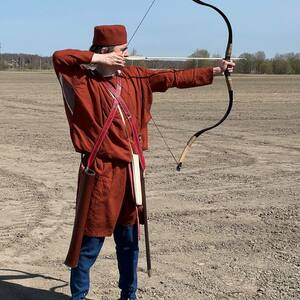 Dominate-era saggitarius with bow and spatha