It is believed that the Roman heavy infantry formation of the Dominate era consisted of six ranks (ordines). The first, second, third, and sixth ranks were composed of hastati spearmen. The fourth and fifth ranks could consist of archers (sagittarii) and skirmishers (lancearii). The latter will be discussed in this article.

Even in the time of Pompey and Caesar the Roman army lacked light infantry capable of operating in loose formation as skirmishers, scouts, and pursuers. According to the available information, the auxiliary cohorts could not fully meet the need for light infantry, and some of the legionnaires, mostly young, fast and hardy, were allocated to the antesignani, a temporary light infantry unit.

By the middle of III century CE the need for light infantry had only increased, especially in the east, where Rome's opponents, the Parthians and later the Sassanid Persians, traditionally used a lot of missile infantry and cavalry. In addition, the heavy infantry of the Roman army was now mostly used defensively, which only increased the army's need for skirmishers. Therefore, since the end of the third century CE lancearii, light infantry armed with several javelins (light or heavy) and shields, became the constant part of legions and auxiliaries. For these fighters mobility and stamina meant much more than passive protection from armour, so lancearii could go into battle not only without body armor, but even without helmets. In combat the lancearii could, depending on the circumstances, either stand in the fourth rank of the heavy infantry formation and throw javelins from there, or act in a loose formation in front of a phalanx of hastati. The lancearii also performed scouting and pursuing retreating enemies. According to Ammianus Marcellinus, the hastati were expressly forbidden to leave the formation for pursuit, a task assigned to the lancearii and cavalry.

The great importance of the lancearii is also confirmed by the fact that there were many independent army units consisting entirely of lancearii, some of which later received the status of Palatine, the elite ones.

The equipment of the lancearii of the Dominate era may include the following elements:

The lancearius set may not contain all of the aforementioned items. The javelins might be of just one type, light or heavy, and the sword might not be present at all.

The lancearius kit is almost the simplest and cheapest kit available to the Dominate era, and consists of only clothing, a shield, and a pair of javelins. Clothing set should start with a red woolen sleeved tunic, a white linen underwear sleeved tunic, campagi shoes and a military belt (cingulum militare). As a raincoat, sagum is suitable, as it is simpler and cheaper to manufacture, but with the development of the kit it makes sense to replace it with chlamys. 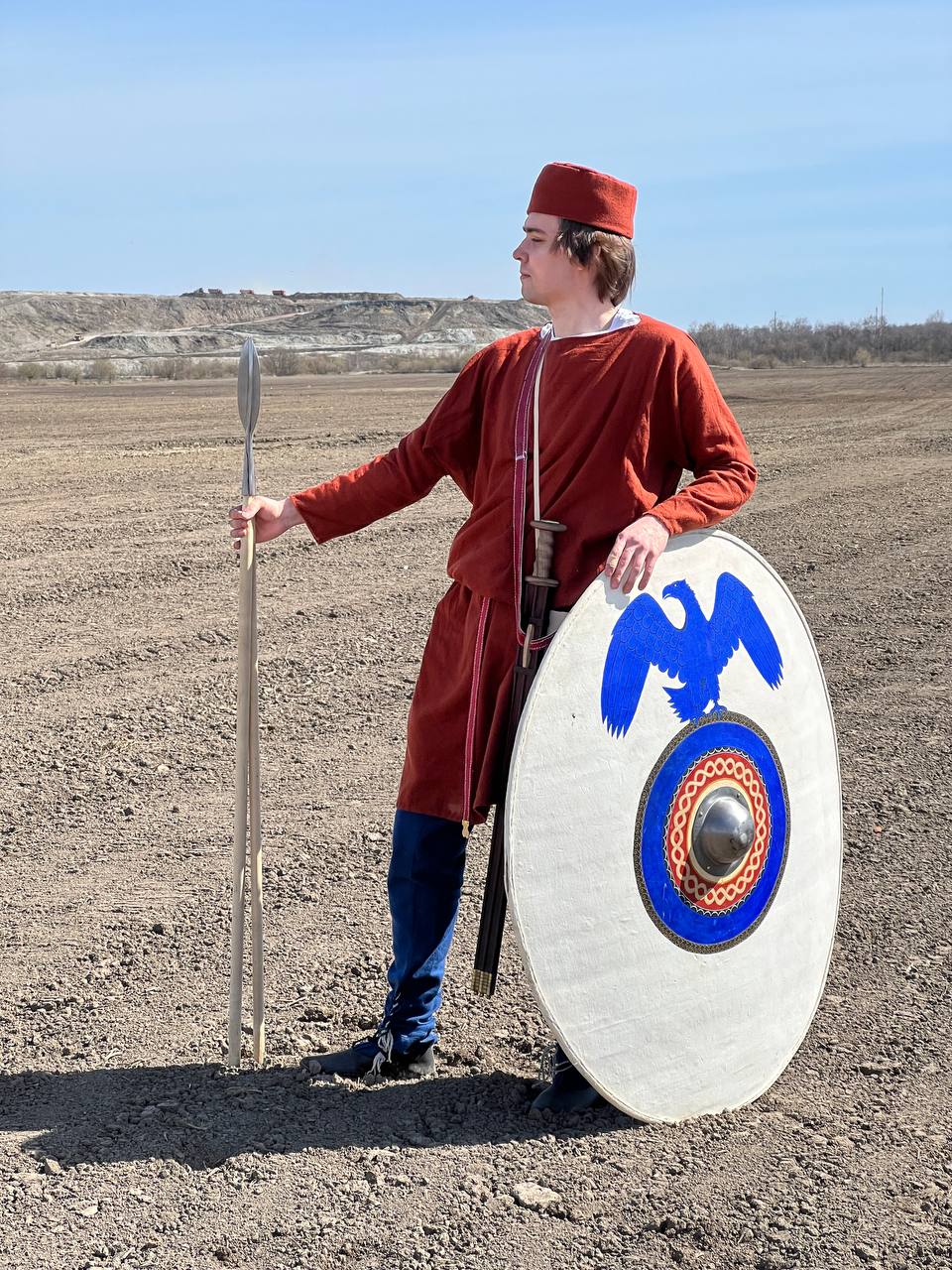 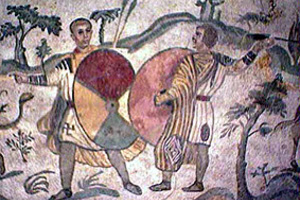 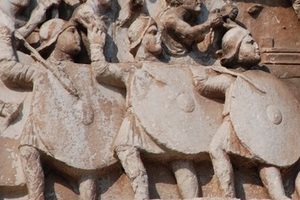 The Dominate-era lancearii, relief from the Arch of Constantine, Rome. IV century CE