By the end of the third and beginning of the fourth centuries CE, the Roman military machine had undergone drastic changes. The basis of the combat formation of the army was now the heavy infantry, which Ammianus Marcellinus and Vegetius called hastati. The hastati were armed with shields and universal spears (hasta), suitable for both throwing and hand-to-hand combat. In addition to the spear, each Dominate-era hastatus could carry long sword (spatha). Hastati operated as tight phalanx of heavy spearmen, able to crush enemy ranks with frontal assault and hold the line under such assault from the enemy. This specialization became possible thanks to high quality and quantity of cavalry and skirmishes in Roman army of III and IV centuries. Traditional army discipline and regular training gave hastati a good fighting chance both against Germanic shield walls and Sassanid cavalry.

It is believed that the Roman heavy infantry of the Dominate era was formed in six ranks (ordines). The first, second, third and sixth ranks were hastati. Moreover, the hastati of the first two and sixth ranks necessarily wore body armor, whether it was chainmail (lorica hamata) or scalemail (lorica squamata). The first rankers often wore greaves (ocrea) and right hand protection (manica). Plate armor (lorica segmentata) fell out of use by the second half of the III century CE. The third rank of hastati did not have body armor and, according to some versions, consisted of fresh recruits. The fourth and fifth ranks could be skirmishers (lancearii) and archers (sagittarii). 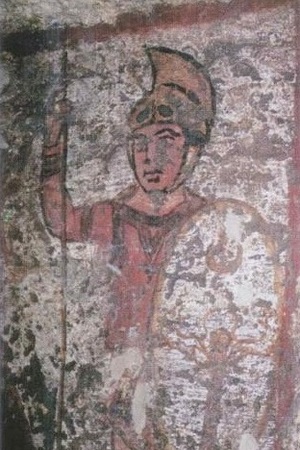 Roman soldier with hasta, an image from a fresco from the catacombs of Via Maria, Sicily. IV century CE 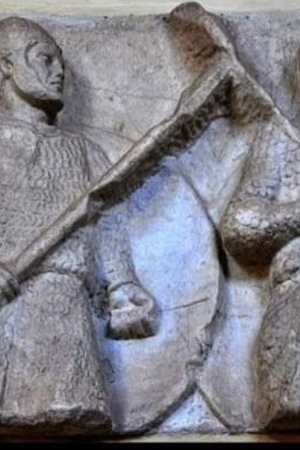 The equipment of the Dominate-era hastatus could consist of the following elements::

The hastatus' set may not consist of all the items of equipment mentioned above. As already mentioned, the hastati from the third rank did not have body armor. 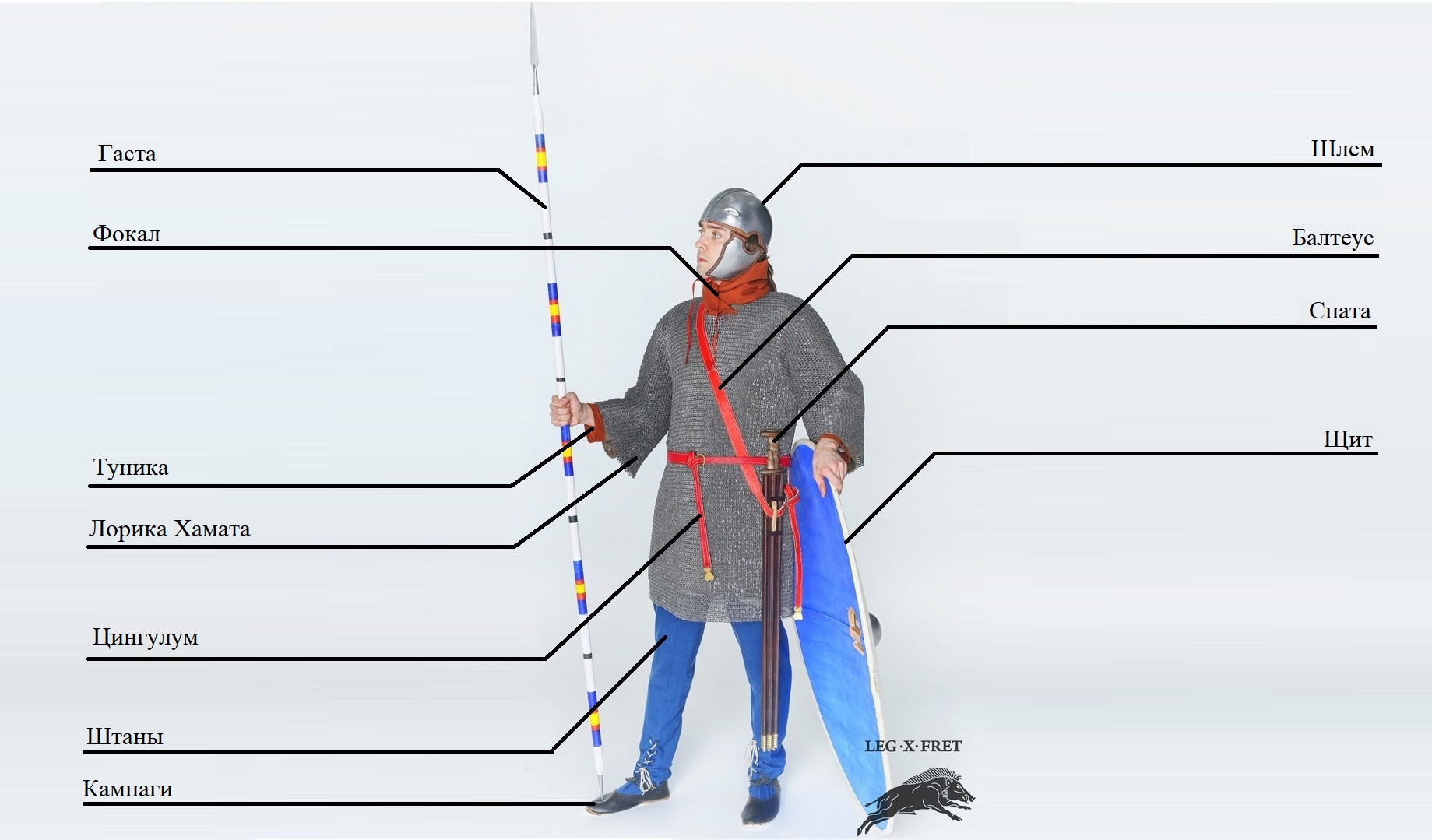 Reconstruction of the Dominate-era hastatus set

If we consider the most traditional image of hastatus as a spearman, we should start with the set of hastatus from the third rank, consisting of clothing, helmet, shield and spear. Clothing should start with a red wool sleeved tunic, a white linen underwear sleeved tunic, campagi shoes and a military belt (cingulum militare). As a raincoat, sagum is suitable, as it is simpler and cheaper to manufacture, but with the development of the set it makes sense to replace it with chlamys. 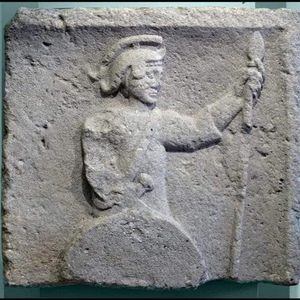 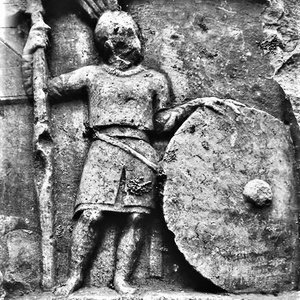 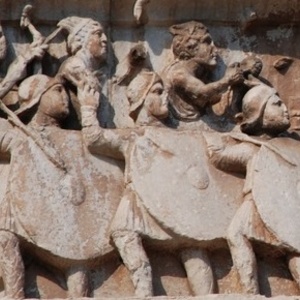 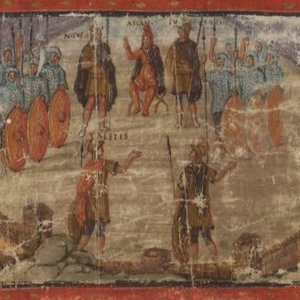