The formation of the Roman slave-owning republic, accompanied by internal political clashes, took place against the background of an almost continuous struggle with external enemies. The Roman Senate in the 5th-3rd centuries BC persistently pursued a policy of military expansion throughout the Apennine Peninsula. This development in an environment of constant threats has had a strong impact on domestic politics, the economy, the military, and other important government sectors.

Main topics on domestic politics in the Roman Republic:

Economy and social relations in the Roman Republic

During the years of continuous wars of expansion and conquest in the Roman state, the number of slaves increased dramatically. Their significant influx led to major changes in the social and political life of the late Roman Republic. Slave labor assumed a dominant role, and the slave became the main producer of material goods. The free producer was gradually forced out of the Republic's labor market. The process of de-landization of the Plebs was outlined, which took place against the background of the concentration of land in the hands of large slave owners.

Until the 2nd century BC, the predominant figure in Italian agriculture was the small and medium-sized proprietor. However, at the beginning of the late Republic, it was precisely this category of Roman citizenship that was threatened with ruin. There are several reasons for this phenomenon. First of all, constant wars separated the farmer from the economy that was falling into decline. Another reason was that the small or even medium-sized owner of land could no longer compete with a large owner, whose vast estates were occupied by numerous slaves.

The natural economy of free producers in the Roman Republic of the 2nd century BC was replaced by the economy of large estates, and the most widespread were slave-owning villas of medium size with 10-20 slaves, oriented to the market. The slave economy became more commodity-based. Slavery also permeated the craft. The growth of the urban population created a market for agricultural and handicraft products. The need for money grew, which led to the development of usury. 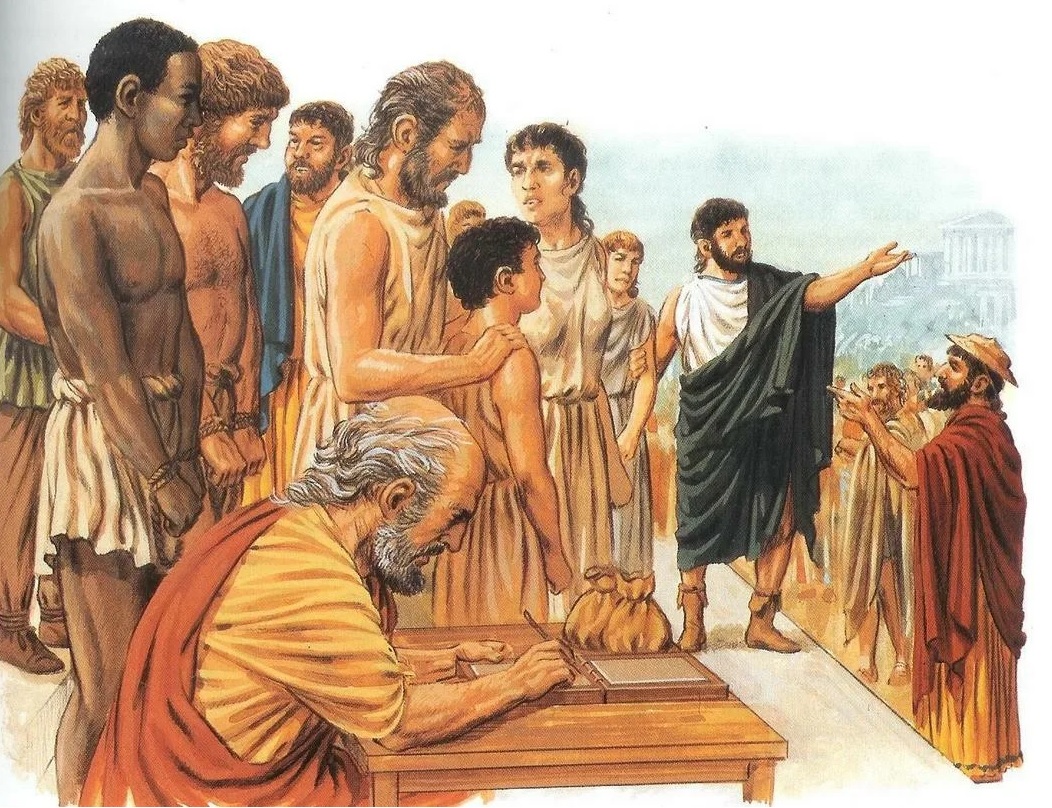 However, against the background of the progressive development of the economy, small and even part of the average landowners lost their allotments, turning into beggars and vagabonds. Under conditions where forced slave labor was the only profitable thing, they had nowhere to put their ability to work. A huge mass of landless citizens poured into the capital, forming a layer of declassed lumpen proletarians who lived off the handouts of the rich, theft, and vote trading in the election of magistrates. The Roman state faced a difficult task-to protect the interests of large owners not only from the discontent of slaves, but also from the Roman poor.

The conservatism of the Roman state apparatus was also reflected in the control of the provinces, which were administered haphazardly and were exploited in the most brutal ways. By the beginning of the 1st century BC, Rome owned ten provinces, which had different rights in the absence of a single clear and well-established system of governance for them. Most of them were dependent territories that paid different taxes. The state considered the provinces "estates of the Roman people". There were no laws that defined the competence of provincial governors, who enjoyed undivided and uncontrolled power. This put in opposition to Rome not only the bulk of the ruined provincials, but also the slave owners of the provinces, whose interests were almost ignored by the Roman authorities.

The old political forms reflected the interests of only certain sections of the Roman slave owners - the nobility and senatorial oligarchy, who tenaciously clung to the old order. The horsemen, especially the representatives of their trade and craft classes, also aspired to power. Broad sections of the provincial population were also dissatisfied with their situation. In addition, the corruption and rebelliousness of the lumpen-proletarian strata of Roman citizenship could disrupt the unstable balance of social and political forces in this situation. The slaves also had their say, and several outbreaks of unrest had already occurred in the second half of the 2nd century BC (the Slave revolt in Sicily). All of this suggested that in the 2nd century BC, the Roman state was beginning to experience symptoms of crisis. 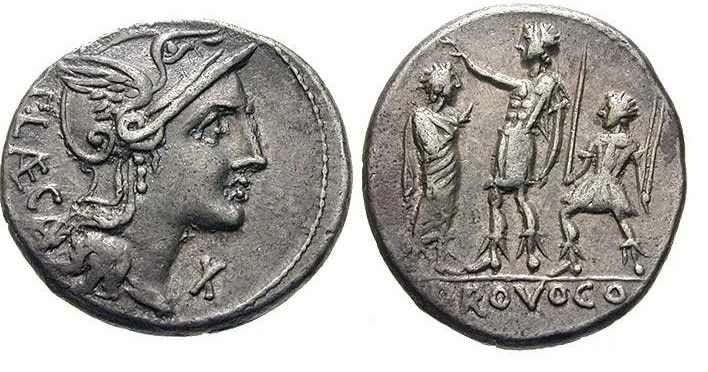 Roman coin of the 2nd century BC.